Sometimes the line of draft is a bit low on the easy entry carts and this make catching the trace in the hold back straps trickier. 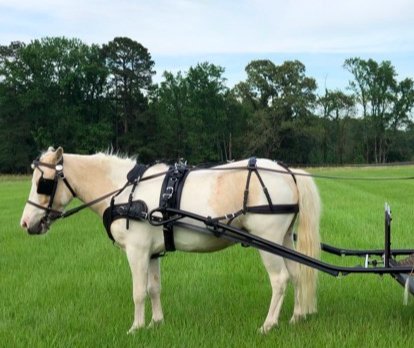 By trying to catch the trace you can end up putting a lot of pressure on the top of the hip strap when the line of draft drops like the one in the photo above. 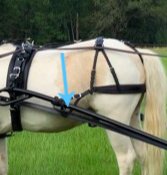 When you have a horizontal line of draft doing this works as a way to keep the traces tidy and up out of the way of their feet if the traces loosen, such as when you go down a hill or if the cart rolls up a bit on the pony, horse, donkey or mule. 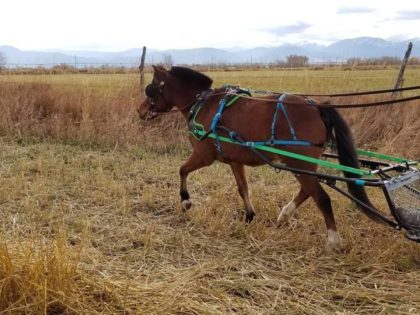 In the above photo you can see the green traces running straight from the breast collar to the single tree. This makes it easy to catch that trace in the hold back straps.

But when the line of draft drops as it does in the first photo then trace carriers can be used to keep those traces neat and tidy! 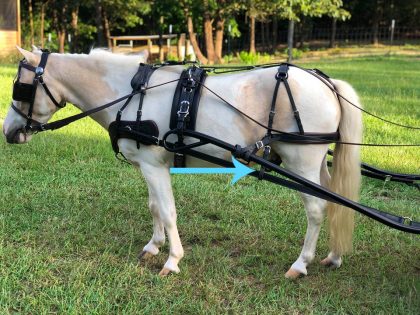 The blue arrow is pointing at the trace running through the trace carrier. 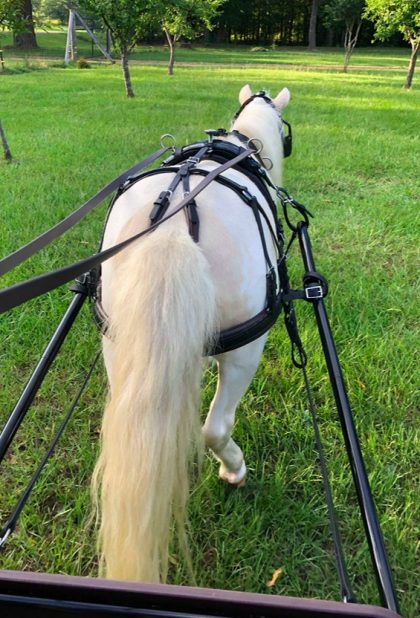 In the above photo you can see the trace running through the trace carrier. They keep things nice and tidy! 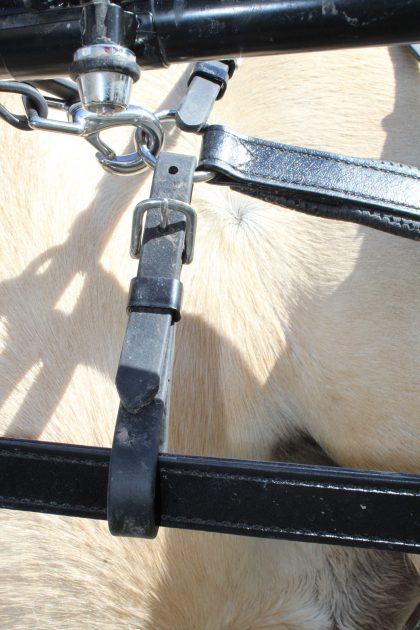